Democrats pulled out all the stops to steal the elections in Florida.

But they made one big mistake.

And one court case provided the smoking gun that proves the Democrats tried to rig the elections in Florida.

How The Democrats Committed Voter Fraud On Election Night

Republicans Rick Scott and Ron DeSantis looked like they had won the Senate and Governor election in Florida on Election Night.

Scott and DeSantis had won their races by just tens of thousands votes.

However, the margins were wide enough to avoid an automatic recount.

But then the Democrat voter fraud machine kicked into high gear.

Democrat strongholds in Broward and Palm Beach counties announced they had suddenly discovered tens of thousands of votes.

Of course these newly discovered ballots provided an avalanche of votes for the Democrat candidates.

And with good reason.

A progressive activist tweeted out a video of ballots being loaded onto trucks in the middle of the night.

There was no chain of custody for these ballots.

Another box of ballots was found in the trunk of an Avis rental car at an airport.

Broward County also refused to say just how many ballots remained to be counted.

This led to Republicans believing Broward wanted wiggle room to fabricate the number of votes the Democrats needed to win.

And Republicans have good reason not to trust the conduct of Broward County Election Supervisor Brenda Snipes.

Snipes has a long history of carrying out voter fraud to help the Democrats.

Shortly after the election, Democrats began pushing the talking point of “count every vote.”

What they really mean is, “give us time to forge the votes we need to win and count those.”

At a Palm Beach County canvassing board meeting, lawyers for Andrew Gillum and Bill Nelson – the losing Democrat candidates for Governor and Senate – fought to count a non-citizens’ vote. 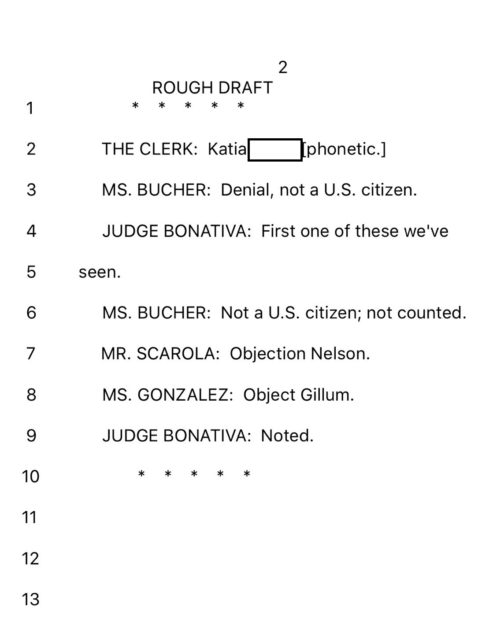 They only care about seizing power.

The Democrats conduct in Broward County is a national disgrace.

In addition to fighting for noncitizens to commit voter fraud, Broward County was forced to admit they included 22 illegal votes in their final total.

The ballots contained mismatched signatures and other violations that rendered them invalid.

Donald Trump called out this obvious voter fraud on twitter.

The Florida Election should be called in favor of Rick Scott and Ron DeSantis in that large numbers of new ballots showed up out of nowhere, and many ballots are missing or forged. An honest vote count is no longer possible-ballots massively infected. Must go with Election Night!

Republicans question why 65 of the 67 counties in Florida were able to properly count their votes.

The only two counties that weren’t were two of the biggest Democrat strongholds in the state.

It looked like the Democrats were trying to win these key races by hook or by crook.

Previous ArticleThere Is One Horrible Truth About The Migrant Caravan Entering The U.S.
Next ArticleRobert Mueller Got This Rude Awakening When His Master Plan Fell Apart
native advertising